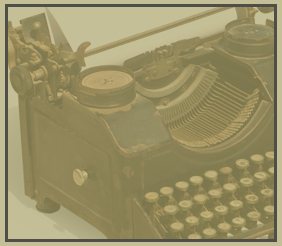 Review of the MANAS Reader

"A Philosophical Reader of Anonymous Excellence"

In an age which confuses size with importance, it is refreshing to discover something like MANAS, a philosophical weekly which has been published in Los Angeles since 1948 with a consistency of distinction that is impressive. On every count, MANAS sails against fashion. Where cant and jargon rule, the writing in it is felicitous, graceful, intellectually challenging and primary in its meaning. Where the visual is worshipped, no picture, sketch or Illustration appears on its pages. The topical is addressed but never for its own sake; the obligation of thinking people, as MANAS sees it, is to touch upon the present in the context of principles and of the gathered wisdom of the past. Although its circulation is only several thousand, it goes everywhere in the world.

Personal celebrity, however, has never been a mark of the magazine. Nowhere in "THE MANAS READER" (Grossman: $4.95, paperback, $15 hardcover) do the names of the editors appear. The signed articles and reviews include some seminal thinkers and writers—Abraham Maslow, Carl F. Rogers, Harold Taylor, Milton Mayer, Marc Chagall, Robert Hutchins, Louis J. Halle— but most of the pieces and all the editorials are anonymous.

"A policy of editorial anonymity seemed appropriate," the foreword tells us. ". . . Personal identities were felt to be unimportant. The policy seemed a good educational principle. Let the ideas stand on their own merits, was and is the basis for the undertaking. There is too much emphasis on personality, anyway. Now, nearly 24 years later, the value of the policy seems demonstrated in practice. If people feel they HAVE to know who gets the paper out, a letter will bring an answer—a humdrum and unclimactic answer as it is bound to be."

You will see the point for yourself in these pages which offer some of the best reading it has been my pleasure to confront.

From the beginning, its stance and outlook have remained consistent. Its initial prospectus still holds: "MANAS is a journal of independent inquiry, concerned with the study of the principles which move world society on its present course, and with search for contrasting principles that may be capable of supporting intelligent idealism under the conditions of life in the twentieth century. MANAS is concerned, therefore, with philosophy and practical psychology, in as direct and simple a manner as its editors and contributors can write. The word 'manas' comes from a common root suggesting 'man' or 'the thinker.'"

Its format has not changed. Usually, there are five articles in each issue, a lead article, a review, a brief editorial, a discussion headed, "Children . . . And Ourselves," and another review entitled "Frontiers." All five types are generously represented here.

Philosophy, as a term, has fallen on hard times. Given over to specialists, its concerns seem more and more remote from the realities of human needs. It is refreshing, and will surprise many, that the range of attention in these pages is vast, from politics and the meaning of the soul, to westerns and a review of the writings of grade school children.

Deep in the book, almost at the end is a brief essay on the practice of philosophy which illustrates the MANAS view:

"Philosophy ought not to be made into an intellectual specialty. Yet of all serious inquiries philosophy is certainly the most difficult, and difficult things are seldom undertaken except by exceptional men. This seems to limit the pursuit of philosophy and make it appear a specialty.

"But since philosophy, whatever else it may include, is directly concerned with the meaning of human life, no man avoids philosophizing of some sort."

It is not specializing per se which is the problem, but the gathering of specialists which obscures another task associated with philosophy: the task of teaching.

"The isolation of 'philosophy' from the obligations of teaching compounds the offense by turning philosophical inquiry into a recondite pursuit understood only by specialists who are uncaring of ordinary human need. The defense commonly made of this tendency is that philosophy cannot be made 'easy.' The defense may be formally correct, but not applicable to what is defended. That is, the obscurity of the academic specialty called 'philosophy' may be largely the creation of its practitioners, and not the obscurity native to philosophy itself."

At the root, the writer suggests that there is "a kind of ethical neglect— an indifference to ordinary people." He concedes it may be a wild idea, but why couldn't candidates for the degree of doctor of philosophy be obliged, instead of writing incredibly obscure theses, to follow the example of Jehovah's Witnesses? ". . . They could be sent out into the streets to do 'field work' for a year or so. This might be the best way to produce a salutory reform in the content of modern philosophy." A philosopher, in this view, "ought not to be a man entirely devoted to figuring out things for himself, with occasional progress reports in academic cipher to other people of similar interests and concerns." Instead, he concludes:

"It is at least possible, on the simple proposition that we are parts of one another, that philosophic understanding is unobtainable by anyone who thinks in isolation. If this should be a law of progress in philosophy, we might expect the wisest men to have been those who made the greatest effort to share what they learned with others. And one might argue that this is actually the case.

"It seems defensible to say that Buddha and Plato are two of the profoundest thinkers the world has known—whose thought has had the most persistently attractive power for other men—and that, also, they made extraordinary efforts to put at least part of what they had to say in words that would have the widest possible appeal.

"Their 'figuring out,' in short, was inextricably associated with teaching—and their teaching was much more than a reading off of conclusions reached in solitude although such conclusions obviously played a part in everything they said.

"Most of all they tried to be understood. They did not deny the difficulty and depths of philosophy, nor the native obscurity of truth, but they showed how philosophizing might have a beginning in the life of any man."

I have devoted a great deal of space to this one article, though it is not the most typical, because it sets out the challenge of practice in bringing ordinary people into the transaction of figuring things out. The point is that the editors and contributors in MANAS make philosophy interesting and relevant, vivid and exciting, a pursuit for all men which may by its example and style do much toward restoring one important component of philosophizing, common sense.

It is in practice that MANAS is exemplary. In these pages we see the persistent though sometimes shadowy unities of the pursuit of meaning and wisdom: the art of criticism, a language lucid and pure, wit and humane concern, the continuing effort to show that literature and art, philosophy and education, religion and politics, have dimension and theme beyond technique.

Philosophy is brought back into the arena of life. Nothing is avoided: not the war in Vietnam, the introduction of the words, under God, into the Pledge of Allegiance, unrest on the campus, racial violence, the large and small issues of the day. This interrogative awareness seeks the triggering thought, the energizing experience everywhere: in an obscure book published in 1928, in the works of Buber and Schweitzer and Tolstoy, in comment on a television commercial or newspaper story, the metaphor of nature, or of man's constructions.

What gives MANAS its rare and almost unique quality in the journals of this period is its devotion to balance and equity, a sense of justice, an effort to understand and to state fairly the poles of the argument. The writers here are listening and reading and attempting to "figure out." There is nothing of the arrogance of prophetic or authoritarian manifestos. They have that rare gift of dual vision which enables them not only to be in life, but to strive toward seeing it from a distant perspective.

They recognize, in the words of one anonymous writer here, that "the chief qualification in the high art of stone-throwing, in addition to accurate aim and good choice of missiles, is the capacity to demonstrate freedom from sin." The last phrase is sarcastically intended. They do not claim freedom from sin, but they attempt to minimize that blind righteousness which is the blinder on what Burns called the unco guid.

This leads us to the attitude which informs, and forms, much of the writing here. At its base, philosophy has always posed the problem of how we know what we know. Rational discourse flourishes, it seems to me, on its capacity to assess the parts as well as the whole. One can hold two opposing ideas in his head at the same time without falling apart. And in doing so, find the fertile golden mean.

On the new religions of the young, MANAS illustrates its care not to fall into the either/or trap of simplistic thinking. Not all dialectic compels the choice of one extreme pole or the other. Between the emotional irrationalism which appears to be building in response to the worship of materialistic intellectualism, the writer of one lead article does not find it mandatory to choose. It may be explained by "the overcorrection that is characteristic of human beings generally and not just young ones" after a long cycle of submission to limiting belief or faith." The ugly or evil "cannot be exorcized by embracing the opposite pole of irrationalism."

The debt to the new moral consciousness of the young is acknowledged. It arouses the obligation not to accept blindly or to reject emotionally, but to join them and contribute to the enterprise: the disciplined use of the mind, the dialog and the examination, of the meaning of human life.

"THE MANAS READER" does not provide all answers. Far from it. What it raises are the important questions and what it demonstrates is the compact and confidence among men that it is possible for them to join in the effort to seek meaning, a task they inherit with their very humanity. There is no flash of ultimate light here, only lamps that help in the search. And the search. It is an endless obligation. But it is the very obligation which promises a hint of progress. That this challenge can stir the mind and restore a sense of adventure in philosophy is amply illustrated in these pages.